For the great majority of social media users, it can become apparent at times that they are spending too much time online. However, for some, it doesn’t become apparent until it has led to negative effects in their life. In fact, the addiction can be so extreme, as with other addictions, that they don’t see that they have a problem even when they are told by their friends and family members that there is an issue. To really understand the mind of the social media addict it is important to listen to their experience and how the use of these platforms can develop into a full blown addiction.

The first thing to understand that as the case with just about every other addiction, no one starts with the belief that they are at any risk of becoming addicted. This is especially true with something that seems harmless. However, as time progresses and use increases, the seeds of addiction are beginning to grow in the individual. Due to the nature of this particular issue, it can be extremely difficult to identify that there even is a problem until well after the user has created a bad habit that they made find it extremely hard to break. In fact, as with other addictions, they may be in absolute denial and reject any assertions that they should limit or end their use in any manner.

One of the factors in it being hard to identify someone that has taken their use too far is that this type of media is relatively new. In fact, scientists have just begun to study the effects of its use on people of various ages, social standing and other factors. It has been found that the nature of the options provided by different platforms can lead to a number of mental effects. A major one is that it can lead to a sense of reward for the individual that spends a great deal so time and energy posting. This is especially true when receiving positive reactions from others, such as on a post that contains a selfie. This reward can then lead to the desire to feel that same effect again, eventually leading to a cycle of posting, reward and, in time, a full blown addiction to the mental gratification.

As with other types of addiction, many people can experience this type of gratification from social media without it leading to affecting their life in general. However, for others, it can be so intense that it can lead to them becoming more isolated. Many people think of these platforms as a way to connect with others, but it can actually do just the opposite. Some take their use so far that they will begin to neglect the important relationships that they already had with others. In time they may isolate themselves, feeling as though that their online relationships are more gratifying than anything that they experience in face to face interactions.

If you, or someone you know, may have an addiction a great resource to learn more is through listening to podcast episodes on social media addictions. You can hear their stories and really examine whether or not this is the case in your personal situation. 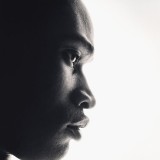 Why Sex Dolls Are Gaining Popularity

Achieve the Home of Your Dreams: 7 Budget Tips

Online Dating- How Technology has Changed the Way we Date

All you need to know of Aptitude Test